International sales network and property investment group Athena were lagging behind in their organic traffic reach, but with some expert Search Engine Optimisation (SEO) from Matrix, we helped them get their house in order. After we teamed up with Athena on the project, their traffic went through the roof.

Their attractive new minimalist website aligned with their high-end design aesthetics, but after a detailed SEO audit we found it was hampered by technical mobile issues, and their Google ranking was suffering as a result. Within six months of a comprehensive Matrix digital renovation job, their mobile traffic grew by 193%.

Through our extensive analysis we also identified their poor Domain Authority (DA) score — a measure out of 100 given to a site’s backlink profile. We embarked on a creative backlink campaign and Athena’s DA quickly grew by 25%, raising their ranking even further. Optimising meta tags on pages and alt attributes on images also facilitated a further SEO upsurge. Overall, SEO traffic increased by 83% in six months — another home run for a satisfied Matrix client. 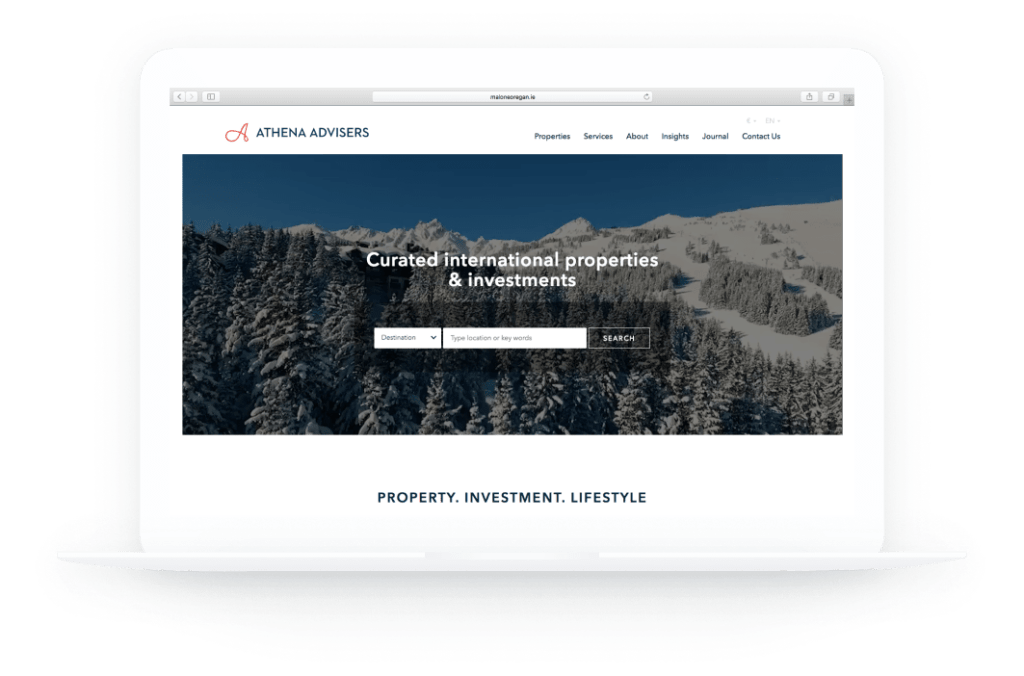 A full SEO transformation for the site.

Athena’s organic reach — and brand perception — is greatly improved across all their relevant international markets.